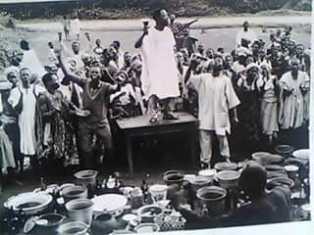 Joseph Ayodele Babalola, born on April 25, 1904 to David Lawani Rotimi and Martha Talabi Rotimi died 57 years ago. It was recorded that mysterious circumstances surrounded the birth of Apostle Babalola. On the day Apostle Babalola was born, a strange and mighty object exploded and shook the cloud.

The 19th century Healing and Religious Revival in Nigeria can be traced to the 1930 Oke-Oye, Ilesa, led by Apostle Ayodele Babalola. Nigerian Christianity then was quite ceremonial coupled with pagan practices.[1] Under this condition, in 1918, the first prayer group started with many worshippers from Saint Saviour Anglican Church, Ijebu-Ode. There was formation of more praying group all over Nigeria lead by Oba/Pastor Babalola Akinyele (late Olubadan of lbadan), Joseph Sadare Miss Sophia Odunlami and D. O. Odubanjo. The doctrinal differences between the praying group and Anglican Church over practices like healing, opposition to infant baptism, reliance on dreams and visions, debt-owing, drinking of alcohol led to tension, and some of the praying group members were compelled to withdrawn from the church. The praying group continued to spread, with member reliance on prayer, divine healing and the All Sufficiency of God. Apostle Babalola renewal experience started on the night of September 25th, 1928 when he suddenly became restless and could not sleep. Akinwunmi explained that, Apostle Babalola experienced this for weeks without any tangible reason behind it. The climax was the sudden halt of his steam roller engine while working on the Ilesa-Igbara-Oke road  close to River ‘Ariran’ as operator in the Public Works department.

Apostle Babalola’s renewal experience could be compared with Apostle Paul’s conversion experience on the way to Damascus, when he heard the voice of God (Acts 9). Though Apostle Babalola was not persecuting the church, but the great voice like the sound of many waters called him three times. The voice was loud and clear, and told Babalola that he would die if he refused to obey God’s mission. lt was in a state of confusion that Apostle Babalola heard the great voice that called him three times, to yield to God’s call upon his life to go and preach the Word of God.[2] As Wesley dropped the scholar’s gown for the gospel, Apostle Babalola resigned his appointment with the Public Work Department. Apostle Babalola renewal experience continued with the same divine voice second time asking him to go on prayer and fasting for seven days. In the course of the spiritual exercise, he saw a great figure of a man in a dazzling robe who spoke to him about the mission he was to embark upon, and the persecution that will followed. A hand bell was given to Apostle Babalola as a symbol, and that the sound of the bell will drive away evil spirits. He was also giving a bottle of life-giving water to heal all manners of sickness. Testimonies followed wherever and whenever he prayed into water for therapeutic purposes, effective healing followed those who drank the water. Apostle Babalola personal renewal empowered him as prophet with extraordinary power for his generation. Renewed by the power of the Holy Spirit, he could spend several weeks in prayer and fasting, not for personal prosperity, but for the corporate healing and welfare. Apostle Babalola’s renewal was a departure from church politics to spirituality. God granted him the power to deliver those who were possessed of evil spirits in the corporate world. His spirituality started from his home base, Odo-Owa in a mysterious way preaching and prophesying about the impending dangers, except the people repent. He was called different names, and persecuted, but few weeks later, there was outbreak of small pox in Odo-Owa. The rejected stone later became the corner stone. He was later celebrated where he was rejected. His personal renewal initiated by God led to the corporate healing for all the victims of small pox. This was the beginning of Apostle Babalola emergence through his personal renewal to the central prophet and the man with extraordinary powers during the 19th century Healing Corporate Revival.

Like Wesley’s parental religious commitment, Apostle Babalola’s father was an instrument in the establishment of Christ Missionary Society, in Odo-Owa. Akinwumi explained that Apostle Babalola’s regular prayer meetings in the Christ Missionary Society Church in Odo-Owa which many people attended because of the miracles God performed through him did not go down well with the bishop of llorin diocese. Apostle Babalola personal renewal was already having corporate effects. Members of Christ Missionary Society Church Ilofa, Odo-Owa were seeing visions, speaking in tongues and praying vigorously. As a result of this development, the world became Apostle Babalola’s parish because he and his praying partners, his holy club were ordered to leave the church by the bishop.[3] Elder Daniel Ajibola became to Apostle Ayodele Babalola, what Whitefield became for John Wesley.[4] Elder Daniel Ajibloa, a member of the Faith Tabernacle invited Apostle Babalola to Lagos, and introduced him to Pastor D. O Odubanjo, one of the leaders, and Senior Pastor Esinsinade, the president of the Faith Tabernacle in Lagos. Senior pastor Esinsinade later baptized Apostle Babalola by immersion in the lagoon at the back of the Faith Tabernacle Church building at 51, Moloney Bridge Street, Lagos. The Faith Tabernacle became to Apostle Ayodele Joseph Babalola, what the Moravians became to John Wesley.  After the baptism, Apostle Ayodele Babalola went back to Odo-Owa to lead many revival open air crusades, with many signs and wonders, and many Muslims and Christians from other denominations and some traditional worshippers were converted to the new faith during the revival.

Apostle Ayodele Babalola personal renewal was not followed with new ministry formation. He did not use the opportunity and the grace to establish a separate Christian organisation despite his charisma and marvellous evangelical breakthrough. Like Wesley, Apostle Babalola’s intention was not to start a new denomination, because he declared to his ‘holy club’ members that he had registered his membership with the Faith Tabernacle, and encouraged them to do the same. Apostle Babalola did not find the new church easy place to operate. There was a controversy and dissension among the leaders of the Faith Tabernacle, Ilesa branch over some doctrinal issues like the use of western and traditional drugs versus divine healing, polygamy and whether polygamy must be allowed, especially on the issue of the Eucharist.

While the leaders were meeting at Oke Oye, Ilesa between 9th-10th of July, 1930, seeking ecclesiastical direction and reconciliation on the matters affecting the life and peace of the church like the Apostolic Council of Jerusalem in A.D.48, God was working outside the meeting.[5] Before the reconciliatory leadership from Lagos took left for llesa, Apostle Babalola was invited to meet the leaders at Pastor I. B. Akinyele’s residence at lbadan, and from lbadan I.B. Akinyele and Apostle Babalola travelled to joined the meeting at llesa. Though Apostle Babalola was introduced to the Ilesa Apostolic Council Conference, but he was not a delegate and part of the conference, so he was excused while the deliberation continued. The Conference was with twenty four items on the agenda, including the validity of baptism administered to a man with many wives, and issue of divine healing, because some of the members believed in the use of orthodox medicine like quinine to cure malaria fever.

The conference was on the first item on the agenda when there was sudden interruption, a mighty sweeping revival broke out at Faith Tabernacle Congregation Church at Oke-Oye, Ilesa, through Apostle Babalola. God has just used him to raise a dead child, and many of those afflicted with various diseases that came to Oke-Oye were healed through the use of the prayer bell and the drinking of consecrated water from a stream called Omi Ayo, Stream of Joy. Apostle Joseph Ayodele Babalola’s personal renewal resulted to conversions of thousands of people including traditional worshippers, Muslims and Christians from various other denomination to the Faith Tabernacle. The Ilesa Apostolic Council Conference meeting venue turned to revival meeting, and when the hall was no longer comfortable, the meeting shifted to an open field air crusade, where men and women from all walks of life assembled daily for a healing, deliverance and blessings. One day administrative meeting was turned to weeks of revival meeting, where God used a non delegate member to the conference, Apostle Ayodele Babalola to healed and cured hundreds of lepers, blind people and lame persons.

Other testimonies included, the hopeless barren women who were made fruitful, women who had been carrying their pregnancies for long years were wonderfully delivered. The dumb spoke and lunatics were healed and cured. Witches confessed and many demons possessed people were exorcized. Many Anglican, Baptist, Roman Catholic and Wesleyan church members transferred their church membership allegiance to the revivalist, and many patients in Wesley Hospital, Ilesa, abandoned their beds to seek healing from Apostle Ayodele Babalola. Ilesa became another Pentecost city for a corporate revival of the nation through Apostle Joseph Ayodele Babalola personal renewal. Through Apostle Ayodele Babalola, Ilesa Pentecost spread to all parts of Nigeria. Apostle Ayodele Babalola actions affirmed that the renewal of the church implies that the church rediscovers its apostolic, missionary character. A revelation was later given to Apostle Ayodele Babalola to burn a big tree in front of the King’s palace (Owa Palace). The big tree was traditionally believed to be the rendez-vous of witches and wizards. There was apprehension that this bold act would result in the instantaneous death of Apostle Joseph Ayodele Babalola since it was expected to arouse the anger of the gods. To the honour and glory of God, and people’s amazement, the true prophet did not die but lived, and wax stronger in the Lord’s work.

To the eastern Nigeria, one Cyprian E. Ufon came from Creek Town in Calabar to entreat Babalola to ‘come over to Macedonia and help’ after hearing about Ilesa Pentecost. God again used Apostle Ayodele Babalola in Creek Town where many people received the gift of the Holy Spirit. The Pentecostal wave of Apostle Ayodele Babalola personal renewal spread to Gold Coast, now Republic of Ghana, when he visited Accra, hosted by some people that witnessed Oke-Oye, Pentecost, in Ilesa.

Due to some unresolvable internal and doctrinal differences and disappointments with different foreign missions, the Faith Tabernacle that was later changed to the Apostolic Church, divided into two. One faction of the church made Oke-Oye its base and retained the name the Apostolic Church, and the other faction in which Apostle Ayodele Babalola was a leader eventually became the Christ Apostolic Church registered with number 147 of May 4, 1943 under the Lands Perpetual Acts Ordinance.[6] A major challenge to Apostle Babalola’s ministry was marriage, his ‘wife frustrated his ministry both physically and spiritually yet, by Grace of God,’ he prevailed. Apostle Joseph Ayodele Babalola slept in the Lord July 26th 1959. 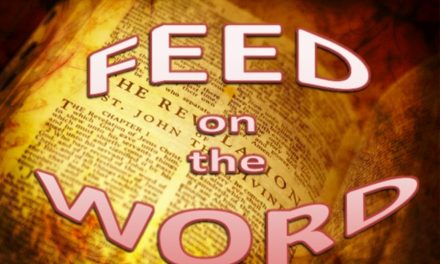 THE SCANDAL OF JESUS’ WORDS: Missional Menu that Saves, Heals, and Unites. 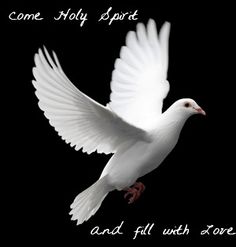 When the “Wine Ran Out:” Symbolic beyond Cana and Time. 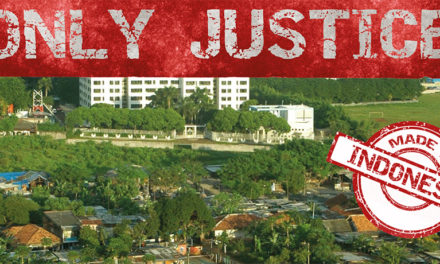 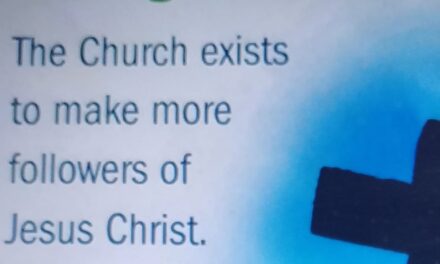