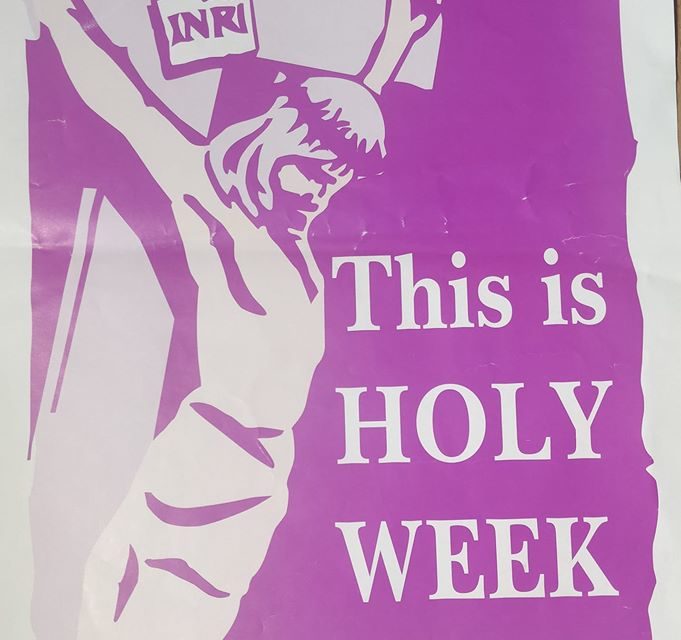 The word “Hosanna”, a Syriac word means “save now,” or “save,” a form of acclamation used among the Jews in the celebration of their great festivals. “Hosanna,” the cry of the crowds 2000 years ago was the shout of the throngs as Jesus entered Jerusalem for His last week of public ministry. This movement, the noise and all the action was more than a parade or prophetic but a protest. In the context of Christian history, Passover, when Jews from all over gathered to share in the feast day of liberation was a big deal in Jerusalem. It is suggested that, there were likely ‘two processions that day. From the west came Pilate draped in the gaudy glory of imperial power—horses, chariots, and gleaming armour. He moved in with the Roman army at the beginning of Passover week to make sure nothing got out of hand. Insurrection was in the air as Passover was being celebrated, and the memory of God’s deliverance of the Hebrew people from slavery in Egypt was in people’s minds.

Then from the east came another procession, a commoner’s procession—Jesus in an ordinary robe riding on a young donkey. The careful preparations suggest that Jesus had planned a highly ritualised symbolic prophetic act.’ The expectation by people of ‘the coming of a new kind of king, a king of peace who dismantles the weaponry of war, the leader who shows power through reaching out and touching those who are untouchable, and healing and calling for justice and love’ was not to be. In response, the festival frenzy of waving palms, the marvellous chaos of Jesus entering Jerusalem in a parade, the screaming disciples and braying donkeys soon gives away to the betrayal, the anguish, the abandonment, suffering and death. The people who shout “Hosanna” soon cry, “Crucify Him!” just because their political expectations were not met

Today we celebrate this event on Palm Sunday, it should remind us to guard against superficial acclaim about and for Jesus Christ. Worship service could offer mixed signals as it was 2000 years ago, a powerful dissonance, ‘two clashing moods, two differing sentiments, two varying attitudes towards life and towards God’ – Divine and political. One of the challenges facing the church today is ‘a very great multitude’ of leaders and worshippers spreading ‘their garments in the way; others cut down branches from the trees, and stowed them in the way.’ The reflection is, what type of garments are you spreading the way of the gospel? A person’s garment can be a mark of his or her authority. In the realm of the spirit, everyone is considered to be clothed with one form of garment or the other, for example, our leadership authority or position. How do we use them to spread the gospel or are we using them to be politically correct? Spiritually, everyone is considered with one form of garment or the other. In the book of Zechariah, based on the accusation by Satan against high priest Joshua symbolised the uncleanness of the people in the person of the priestly representative, hence the priesthood was reconsecrated because of their filthy garment Joshua the high priest was physically clothed with a dignifying priestly garment to carry out his assignment, but in the spiritual realm, he wore a filthy garment (Zechariah:3:1-5).

The cry of “Hosanna” under Divine impulse demands that
what we are wearing in the spirit realm is far more significant than what we wear in the physical. A garment signifies and defines our identity, our dignity, our authority, and a reflection of our effectiveness and prosperity. Shouting of Hosanna is not about oratory power, it is about our dress in the realm of the Spirit. Beyond the ritual and process into Palm Sunday and Holy Week, the cries of “Hosanna! God save us!” reminds us about the truth that we will not be saved by a particular political or spiritual figure, our technology or wealth. Only Jesus can heal and save us from our self-doubt, saves us from our over-inflated egos, and saves us from brushing by and ignoring another human being.

In a world filled with pandemic and many crucifying events, what is the type of garment and the impulse behind our waving the palm branches and singing “All Glory, Laud and Honour”? Indeed, the mixed signals of year 2020 Palm Sunday and the Sunday of the Passion reflect reality and ‘remind us that courage, heroism and hope mingle with sin, fear and evil. This Sunday reminds us that our lives are complicated. The Passion invites us to confront the difficult realities of our lives rather than pretend that life is like a perfect parade when it is far from it.’ The problem is, today’s crowds that gladly joined the church as leaders and worshippers becomes the same people bowing to political and secular pressure and desert Jesus and the Gospel. The multitudes that were shouting Jesus’ adoration were the same throngs that called for His crucifixion, and this resonates with the greatest opposition to the gospel even today which is within the church, spreading palm branches of unbelief, pride, and heresy.

The cry of “Hosanna in the highest” under the Divine impulse is an appeal to the Divine Love, example of the way forward, Jesus entering into our nations, our hospitals, and the hearts of our families. Jesus’ entrance demands that we take off our outer, filthy garment and laid them down. 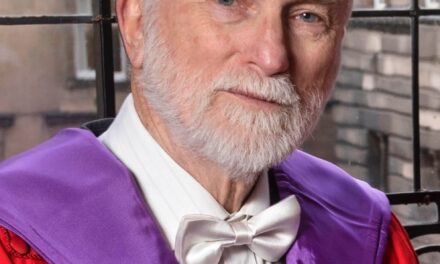 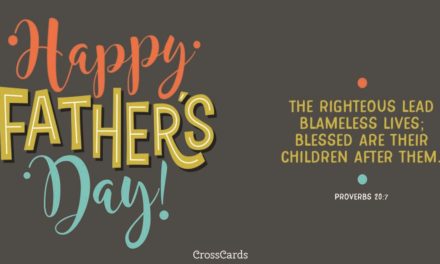 FATHERING IN THE LAST DAYS AND CULTURE OBSESSED BY SEX.