‘WHATEVER WE ASK’ REVERSAL AGENDA: IDENTIFYING WITH JAMES AND JOHN.

The Gospel reading from Mark, just after a rich young man approached Jesus continue with the ambitious reversal agenda of James and John (Mk 10). In their conversation with Jesus, James and John were on reversal agenda. Their request was mainly to reverse Jesus’ selflessness with their selfishness and self advancement hierarchical leadership structure. The disciples’ reversal agenda resonates with the domination of others which remains fundamental themes in our religions and politics today.

In God’s upside-down world, family, and church, everything is reversed. In a form of worldly negotiation, James and John took Jesus aside and said to Him, “Teacher, we want you to do for us whatever we ask of you” (v 35). James and John are still thinking as humans think rather than thinking as God thinks. I am not even sure Santa Claus will give whatever anyone ask of him, hence the request of James and John points to a religious and theological shortcut that reverses the Divine order of authority.

James and John called Jesus “Teacher,” but their request lacks honour due to a true Teacher (Mal 1:6). Jesus, a gentle Teacher, said to James and John, “What do you want Me to do for you?” James and John in their cluelessness, said to Jesus, “Grant us that, we sit, one on Your right hand and the other on Your left, in Your glory” (37). This self-advancing request showed a complete misunderstanding of what Jesus had said about the place of suffering and death in His Kingdom and about discipleship (vv. 33-34, 8:34-38, 9:33-37). Lack of understanding shaped with pride always promote self-advancement. Jesus in His reply said to them, “You do not know what you ask. Are you able to drink the cup that I drink, and be baptised with the baptism that I am baptised with?” (v 38). The assumption by James and John about their ability to drink the cup was based on military and political greatness, whereas Jesus was pointing them to the biblical ambition that transforms and humbles us.

Jesus’ response to James and John are words of law in that they show clearly the disciples’ need of repentance. Jesus’ word, “You do not know what you ask,” suggests that the disciples were lost in their ‘whatever I want’ reversal agenda shaped by their selfish pursuit of greatness. Jesus tells James and John He is going to die, and they were arguing about status. Indeed, the word of the Cross is foolishness to those who are perishing (1 Cor 1:18). Jesus’ response to James and John calls for our personal repentance and a radical corporate renewal bearing in mind “that true life comes from denying one’s evolutionary instincts and following instead the “way” of the True Lord.”

Individually, as a church, and as nations, we can identify with James’ and John’s if you can not beat them join them culture. This is not how things work in the kingdom of God. The Gospel passage reveals to us the heart of idolatry common in our day and age. Reversing of God’s standard is a form of idolatry because it is about turning good things into ultimate things. Reversing of God’s standard as a form of idolatry beyond worshipping something besides god – worshipping an idol instead of God is about replacing God with what we really want. The question is, are we not replacing God with what we really want? The sad news is that ‘when idolatry goes unchecked, we can become so presumptuous that we even manage to work up the courage to ask God to help us worship our idols.’ The reflection is, how long shall we be promoting “whatever I want” theology, and asking God to help us worship our idols just as James and John were asking Jesus? We are even no longer afraid to ask God to do our will.

The pattern in the Gospel reading resonates with us for the fact that whenever Jesus speaks about his suffering and death, the disciples follow it by ignoring His words and demanding greatness on the world’s terms. The path to true greatness and spirituality is beyond “whatever I want” request, ignoring and reversing God’s Word. The path to true greatness and spirituality calls us to repentance and obedience as missionally stated in Jesus’ word to His disciples asking us to refrain from ‘whatever I want’ requests that reverses God’s standard. In contrast to James and John, Jesus humbly submitted to the Father’s will (v. 40). Jesus would not give to James and John what God had possibly prepared for others. Jesus loves us more than giving us what we want. Jesus as ransom for many died to set all people free from sin and death. Jesus calls us to a consistent, sincere lifestyle of putting others first in contrast to the world’s model where authority is sought and grabbed. Jesus’ model remains the path to true greatness, growth, missional leadership, and spirituality. Christian worship and service that are not built of the character of Jesus declines the church and weakens the leadership. 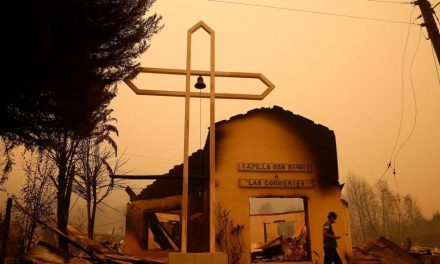 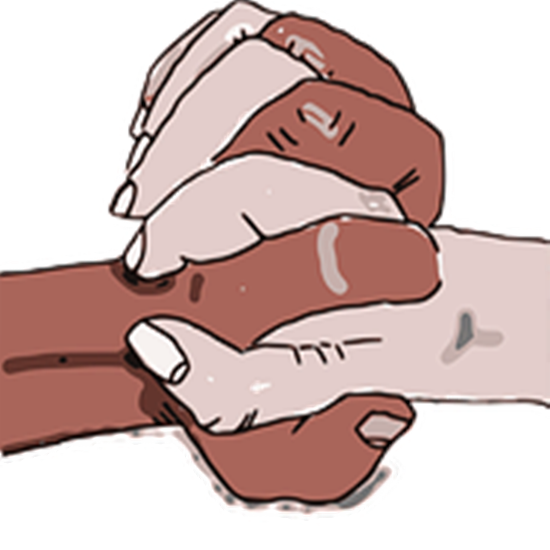 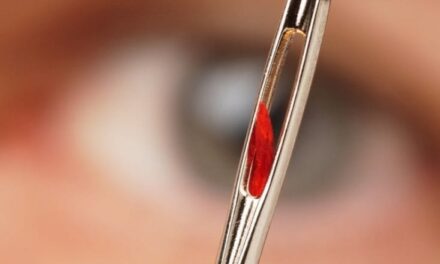 THE WAY OF THE NEEDLE’S EYE: REVERSING IDOLATRY IN OUR POPULAR CULTURE. 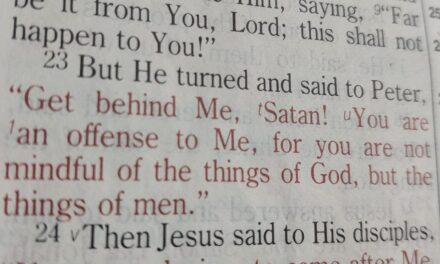 “Get behind me, Satan”: Rebuke and Warning to Easy Way Christians and Churches.