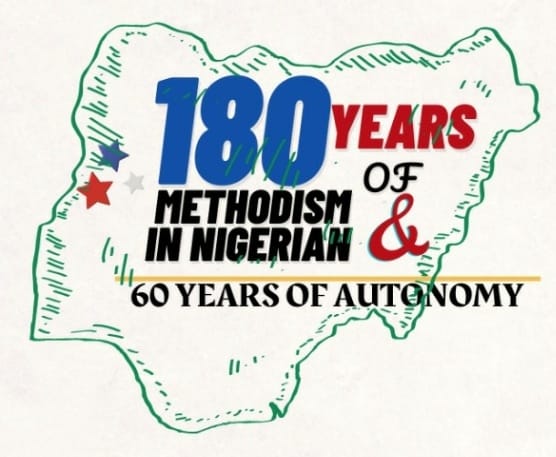 Nigeria made a great gift to the world church, world academic, and world Methodism in its first Patriarch and scholar, Patriarch Professor Bolaji Idowu (1913-1995).[1] As a part and instrument in the rise of highly Nigerian educated national and religious leaders, Patriarch Idowu lives on as a missional force that challenged colonial theology and its effects on leadership emergence and structure. Patriarch Idowu’s radio series which lead to the publication of his famous book, Towards an Indigenous Church helped to understand how indigenous leadership structures and forms effectively shapes our religious and social organization.

Methodist Church Nigeria’s new constitution was ratified in 1976, whereupon Idowu became the church’s first patriarch. For Patriarch Idowu, his concept and foundation for indigenisation developed during his doctoral thesis at the University of London in 1955. The concept was based on Idowu’s discovery about ‘the inaccurate, condescending or simply ridiculous’ material’ not only on African religion by the western scholars but Christianity in general. In his thesis, Idowu described ‘the religious beliefs of his own Yoruba people according to universal theological concerns such as the nature of the Deity, morality, and the ultimate eternal destiny of mankind. His writings on the subject are among the first examples of African religion seen from the viewpoint of an African, but it is not a traditional religious, and the result is biased by Christianity, distancing the reader from real orthodox tribal customs and practices.’[3] Among Idowu’s major works are Olódùmarè : God in Yoruba Belief, New York, N.Y., Wazobia (1994), African Traditional Religion: a Definition, Maryknoll, N.Y.,Orbis Books  (1973), Olódùmarè : God in Yoruba Belief, Ikeja : Longman Nigeria (1982), Towards an Indigenous Church, London, Oxford University Press (1965), Obituary: God’s or Man’s,” an inaugural lecture delivered at the University of Ibadan on Thursday, October 24, (1974).

Nigerians, just as a typical Africans, are naturally and incurably religious. According to His Eminence Sunday Ola Makinde, a prelate emeritus, Methodist Church Nigeria, Africans ‘belief system is centred on worship. Before the advent of (modern) Christianity they had an organised way of worship though not documented. Patriarch Idowu, in one of his famous books, ‘Olodumare, God in Yoruba Beliefs’ explained that, through all seasons of life – death, birth, marriage, christening, house warming, harvest, including: thankfulness, mourning, reflection, faithfulness and revival, life is about worship. Worship beyond the sole work and event of the rational mind is about experiencing and renewing sense of God’s wonder.[4] They expressed the worship of God or gods in rituals, dance, singing, drumming, dress, shrines, colours and pity sayings – philosophy and idioms and gifts. In order words, before the coming of (modern) Christianity, the idea of worship is not alien to Africans and Nigerians in particular.’[5]  Africa has experienced numerous periods of massive Church growth, revival and renewal. Beginning with the early Christian centuries in North Africa, got to its climax ‘around the year 500 AD when an estimated 40% of Africans were Christians.’[6] The advent of Islam in the seventh century and the destructive and dehumanising effects of slave trade not only destroyed the African Church and civilisation, it promoted so much falsehood publication and erroneous diatribe forced upon the world in the guise of truth.  It is recorded that ‘colonial rule did more for the spread of Islam than all the jihads,’ not only in Sudan but in other places like Nigeria and Egypt, hence ‘a steady expansion of Islam… brought into being.’[7]

Nigerian Methodism at 180, indigenised to decolonise provides a missional direction to ‘the historiography of the general evolution of churches in Nigeria with their origins overseas.’ Sir Michael M Familusi, a Knight of John Wesley (KJW) and a former Lay president, Ilesa Diocese, in his book, Methodism in Nigeria ‘shows how the Methodist Church, as pioneers of the international church in Nigeria became transformed into Methodist Church Nigeria’ within one hundred and eighty years of its introduction.’[8] His Eminence Sunday Mbang, the second patriarch (1984-1990), a former prelate, Methodist Church Nigeria (1990-2007), and a former President, Methodist World Council (2005-2006) explained that, the book, Methodism in Nigeria by Familusi ‘is the first attempt anywhere in the world to tell the story of the majority of the followers of John Wesley in Nigeria.’

Familusi’s book, beyond other African slavery narratives and publications, shows that Nigeria and the United Kingdom have a long mission and partnership history and relationship. Dion Forster rightly explained that ‘the evangelical zeal of early Methodists sent women and men across the world in the late 18th and early 19th centuries.’ According to him, ‘the way in which Methodism arrived in many places is directly linked to colonial expansion and the oppressive and extractive aims of the colonial empire. This shaped Methodism in these contexts, and works need to be done separate the plant (the roots and heritage of Methodism) from the pot (the ideals and values of colonialism). [9]

Nigerian Methodism grew out of the British (Wesleyan and Primitive) Methodism 180 years ago and became autonomous 60 years ago from the British Methodist.[10] Using the words of Ross Olivier, Nigerian Methodism beyond a “potted plant”[11] ‘a living faith that was transported to these destinations within the historical and cultural commitments of the missionaries who brought it. However, it could not survive and thrive unless it was transplanted from the “colonial pot” into the soil of its new context.’ [12]

Roland Allen in his best known book ‘Missionary Methods: St Paul’s or Ours?’ ‘raise fundamental questions about ‘mission methodology.’[13] The fundamental questions about mission methodology guides against making the old mistakes in the new fields. Allen provides a renewing approach to mission transplantation from the “colonial pot” into the soil of its new context. The missionary methods before Allen, that is, the ‘Three-self’s’ theory – Government; Support and Propagation was a subject of controversy. Richard Jackson explained that some writers and commentators on the theory ‘are guilty of overlooking the centrality of the scripture and in particular the work of the Holy Spirit as seen and heard in the Spirit breathed word of God, to the teaching and practice of those advocating this Biblical approach to the mission of the church.’[14]

Allen believed that the missionary organisations must ‘trust the Holy Spirit and live with the risks and rewards that such an adventurous policy would bring. He thought that the church should be planted and grow in a community under the Holy Spirit’s control rather than be founded and nurtured in an isolated ‘Compound’ under ‘Mission’ control.’[15] To the ‘self-confident missionary pioneers with a colonialist mind-set, Allen’s advocacy for the Holy Spirit shaped mission was ‘not only radical and irresponsible.’ The feelings by the missionaries sponsored by their home supporters was that ‘they had to maintain control of every aspect of the organisation and development of a young church in order to preserve pure doctrine, prevent relapses into paganism and superstition and in the process educate the natives in western culture.’ Allen’s argument was that ‘the Holy Spirit working on the human endowment of the community’s leader would help grow an indigenous church rather than a western ‘mission outpost.’[16]

On the ‘Three Selfs theory, Allen’s approach to the theory of ‘Self-Government’ points to the result of the preaching of the Gospel taking different indigenous forms  through the Bible, creed, the ministry, and the Sacraments. Allen’s indigenous approach using the example of St Paul on self-government ‘uncover the ancient understanding of clerical leadership arising from the faith community with his emphasis on the ministry of the laity.’ Allen’s approach to every Christian community developing the persons with the necessary gifts to sustain it challenged the growth of professional spirit in the clerical order. The challenge is that ‘the clergy have in fact usurped the role of the laity: In the beginning the local church was a society of men bound together by their faith in Christ and their communion with Him and with one another.’[17]

Allen’s approach to the theory of Self-Support was based on ‘his New Testament exegesis to argue against the prevailing practice of taking over, training, and then handling over.’ Jackson explained that ‘Allen’s study of the New Testament prompted questioning about the church’s reliance on a Western pattern of professionally trained full-time clergy.’ Allen’s understanding of self-support points to “voluntary clergy” ‘selected and trained in local congregations and continue to earn their own living in the community.’ Allen’s approach to self-support ‘questioned the priority given to schools and similar institutional work over evangelism. By establishing schools and hospitals and committing to them the bilk of their budgets and personnel, rather than to churches, they exported western culture, slowed down church growth and place intolerable burdens on young churches who inherited the funding and maintenance of these institutions.’[18]

For Allen, effective, truly indigenous and missional self-propagation of Christian faith is to ‘be carried by natural leaders, by missionaries among their own people.’ Missionary roles suggests being apostolic in being sent, establishing Christian communities and keeping on going to the “region beyond.” According to Allen, ‘a Christian community that is not sustained by the Holy Spirit in being self-governing, self-supporting, and self-propagating is not yet a church, it is a mission field.’ This is a challenge for the church in the 20th century.

Allen’s contribution through the ‘Survey Application Trust’ “was designed to be a perpetual challenge to the tendency of Missions to get into rut and to follow conventional methods and principles.’[19] The key figure in mission rethinking at this time was the need to give Biblical ‘Methods of Mission’ which was often neglected. Many centuries into church mission history, especially during what is called the ‘Great Century of Christian Missions’ (1792-1910) as Missionary Societies in England began to reach out to ‘the uttermost parts of the earth,’ it is time Nigeria Methodism at 180 reach out to our mother-church and other parts of the world as our parish. The harvest is truly ripe…

[11] Olivier, Ross cited in Forster, Decolonising Methodism around the world, in Methodist Recorder

[12] Forster, Decolonising Methodism around the world, in Methodist Recorder, 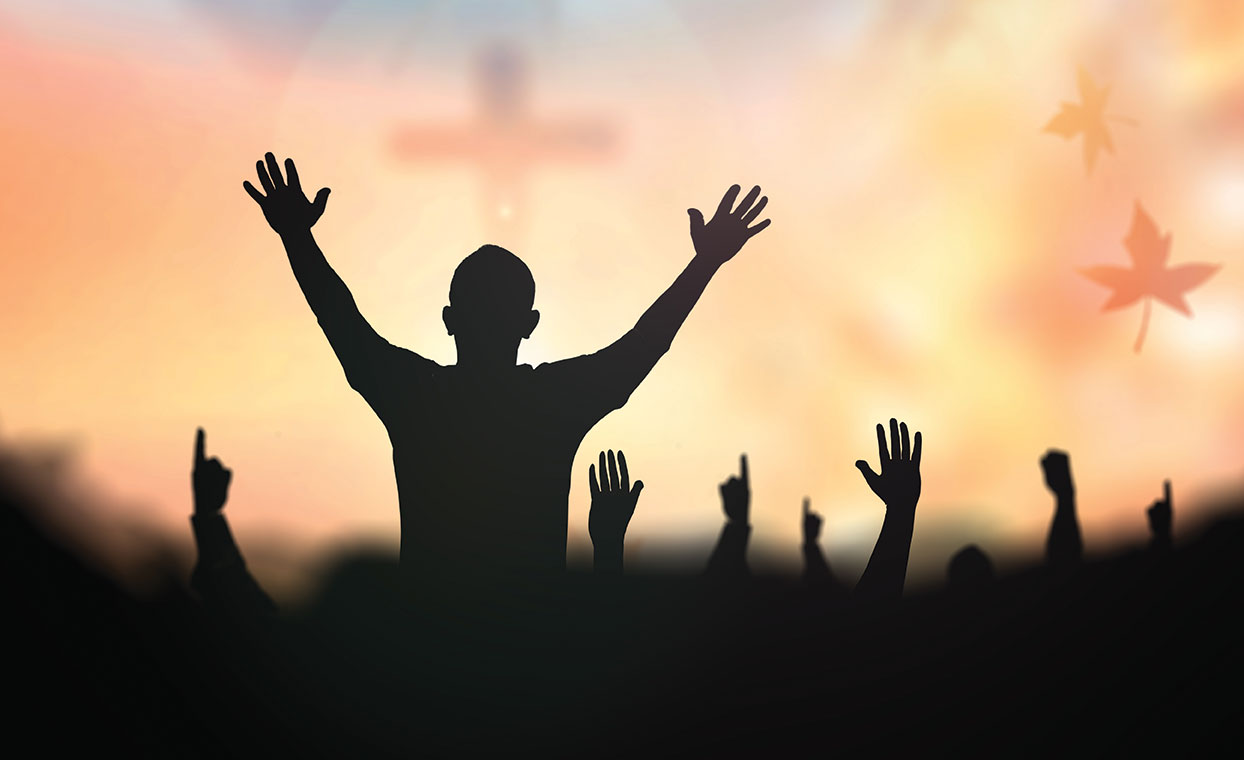 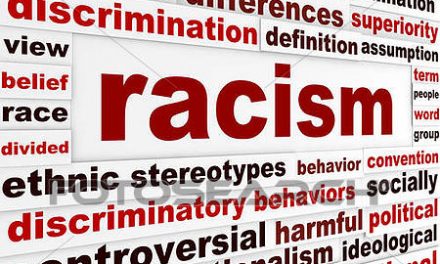 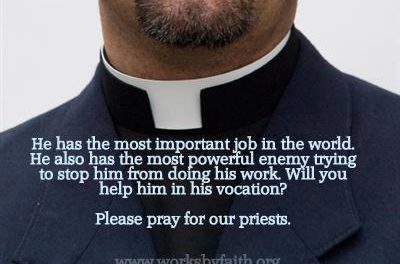