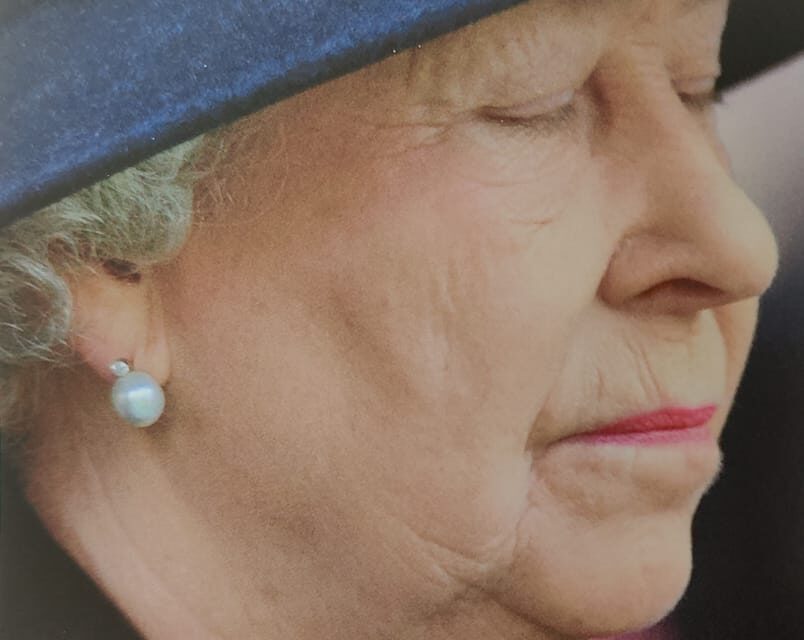 When death comes to find you, may it find you alive – African Proverb.

This proverb drip power that comes from the proximity of death, hence the need to be alive in Christ. The good news, even today is that, “As in Adam all die, so also in Christ shall all be made alive.” To be alive in Christ is a missional transition based on a foundation that is so strong that even when the storms come, we can live and reign through them. God made us alive with Jesus Christ when we admit that we are sinners and cannot attain eternal life by ourselves (Rom 3:23). The secret of “The Servant Monarchy” Queen Elizabeth II, the longest reigning monarch in British history is her being alive in Christ’s message of hope in life and death.[1] As a Girl Guide, she promised ‘I will do my best to do my duty to God and the King.’ In her 2008 Christmas broadcast, she pointed us to the comforting ‘example of Jesus of Nazareth who, often in circumstances of great adversity, managed to live an outgoing, unselfish and sacrificial life.’[2]

There are Christians from a certain tribe in Africa who never say of their dead “who died in the Lord” that “they have departed.” They speaks from the vantage point of the glory world. They triumphantly and joyously say, “They have arrived.” Another African proverb that says, ‘life is the beginning of death’ best resonated and exemplified by the life, monarchy, marriage and the physical death of “The Servant Queen,” Her Majesty the late Queen Elizabeth II. Professor Carl Henry said, “Not everybody is a Theologian, but everybody has a theology…” “The Servant Queen,” ‘monarch and mother, grandmother and most photographed person on the planet, senior citizen who works over 40 hours a week, Supreme Governor of the Church of England, who feeds her own dogs’ has a ‘servant theology’ though not as the professional theologians would prefer it.

The source of Queen Elizabeth’s theological inspiration and Queenship strength in good times and tough time in her own words points to the ‘central role of her trust in Jesus Christ in shaping her life and work, offering us an inspiring multi-faceted insight into a life well lived for others. Queen Elizabeth said, “I know just how much I rely on my faith to guide me through the good times and the bad. Each day is a new beginning. I know that the only way to live my life is to try to do what is right, to take the long view, to give of my best in all that the day brings, and to put my trust in God … I draw strength from the message of hope in the Christian gospel.’[3] Indeed, Queen Elizabeth II upheld the biblical ideal of servant monarchy. Professor Jonathan Burnsides explained that, the biblical ideal of servant monarchy is ‘rooted in ideas of kingship found in the laws of the king in Deuteronomy.’ According to Burnside, ‘the life and reign of Queen Elizabeth II can be seen as a compelling example of the ideal of serving monarchy, as reflected in biblical law. But we can’t have the fruit without the root.’[4] Death found the Servant Monarchy alive against the present and global acts of treachery, corruption in leadership, theology and marriage that seeks fruits and effectiveness without obedience to God’s Word.

The deep symbolism of the Queen’s Coronation ceremony in 1953, rooted in the Bible points to the sacred moment of setting apart when she was anointed with oil, and ‘from her Coronation onwards, Queen Elizabeth II has formally displayed her own, willing subordination to the Scriptures and regularly points to Jesus Christ as her inspiration. In doing so, she is part of a noble royal tradition in which the Deuteronomic model of the servant king is affirmed and given new energy in the gospel.’[5] Just as Queen Elizabeth’s coronation was the most watched event in the history of television at that time, seventy years after, the grandeur of her going-home celebration has recorded billions of people gathering and watching together in homes of people with a set, listening on the radio, and queuing to pay their last respect. Every element of the Queen’s home going celebration points to one direction: She is alive in Jesus Christ based on her vowing to serve her people as a servant of God.[6]

Death found alive Queen Elizabeth II, Britain’s longest-reigning sovereign, a dedicated Head of the Commonwealth, and the world’s oldest monarch on Thursday 8th September, 2022 at the age of 96 in Balmoral, Scotland, after suffering from what Buckingham Palace had called “episodic mobility problems” which started last year. Queen Elizabeth’s was a life well lived, a monarchy well delivered and managed; a promise with destiny kept. She is mourned most deeply in her passing and celebrated as we witness and testify to her faith in Jesus Christ alone. Death found the Queen’s ‘evangelical’ faith alive, renewing and inspiring.  Death found the Queen who prayed on her knees every night alive……. Death found the Queen whose Christmas messages became more and more Christ centred and alive.  Death found ‘the Servant Queen and the King She Serves’ alive and has now met the King face to face.

For Queen Elizabeth II, life and Queenship was not an easy journey but she did not allowed the agonising periods of existence and leadership to make her to lose her hold on God. The Queen, alive in Christ allowed those periods of loneliness and tragedy to serve a renewing purpose for her. For the Queen, service and hard work were the raw materials which made her soul increasingly inspiring and sensitive to God love’s existence and the needs of other people around her. From her Coronation day, she made the right choice between the one crucial life division – life based on God and shared with God – and life divorced from God, leading to oblivion. The Queen allowed God’s peace to work upon her deep wounds. The Queen disciplined herself to see life against the background of God’s eternity; this enabled her to endure (joyfully, though in pain) the inevitable intrusions of darkness and disappointments.

Who can find the Queen Elizabeth II, a virtuous woman with character and ability? The Queen’s price is far above rubies. The Queen’s price is above the power and wealth seductions, immorality and wickedness in this world and its leadership. The Queen’s tireless and unfailing industry lasted all the days of her life, including meeting with Liz Truss, the new Prime Minister on 6th September, 2022. There is no hint of laziness about the Queen. She was like the merchants ships. The Queen did not fail to help the poor and the needy. The Queen’s death reminds us that the closed casket and grave of today will one day be open and the Queen’s body will resurrect with other saints.[7]

Death found not just the working service Queen dead, death found the servant missionary Queen alive in Christ. Travel in the United Kingdom and overseas dominated much of Her Majesty’s Christian life. Death found alive the missionary Queen who was served by 15 United Kingdom Prime Ministers during her reign, beginning with Winston Churchill in 1952 and ended with Liz Truss in 2022. For Queen Elizabeth, every day of her working reign and life was beyond the State duties with her famous red boxes containing the State papers for her formal agreement to make bills into Acts of Parliament, or laws. The Queen saw public and voluntary service as one of the most important elements of her work, mission to God and service to humanity through her links as ‘Royal Patron or President – with over 500 charities, professional bodies and public service organisations.’

To Christian believers, death is a trade in of our physical existence in anticipation and preparation for our future resurrection. Thomas Watson said, “We are more sure to arise out of our graves than out of our beds. Oh! How precious is the dust of a believer?” Death found Queen Elizabeth alive because Jesus has conquered the grave. The Queen took courage to live for the unchanging Gospel of Jesus Christ, hence physical death is not the end of her story. For the Queen, “None of us can slow the passage of time; and while we often focus on all that has changed in the intervening years, much remains unchanged, including the Gospel of Christ and his teachings.”

The same God that meet those in the Bible throughout life’s transition is alive in the Queen. The key for the Queen and all of the life lived throughout the Scriptures, is the refrain “Go and I will be with you.” As a nation in transition, the home-going of the Queen calls us to learn to trust and obey God, rely in Him and He will transform our home, churches and nations into a people for His praise and name.

Let us remember King Charles and the Royal family in prayer as The Qeen will be reunited with her husband, Duke of Edinburgh when she is interred alongside her husband in the King George VI Memorial Chapel. Let us pray for salvation of souls across the world as the King and the royal family will gather for a “deeply personal” private burial service on Monday evening in St George’s Chapel, Windsor Castle, following the Queen’s state funeral and committal service. Death that found the Servant Monarch’ alive as a pointer to nation’s transition is a call to prepare for the final transition. The Queen’s home-going as a transition of life is a way for reminding us that the state of this world is not our final home. Our final home is when God ushers in His New Creation (Rev 21:1-4). Beloved, let the life of many in the Bible-transition fill you with the hope of the gospel for the nation’s transition we are experiencing today.

I pray, may death find you alive when it come just as it found the Queen alive in Jesus’ name. 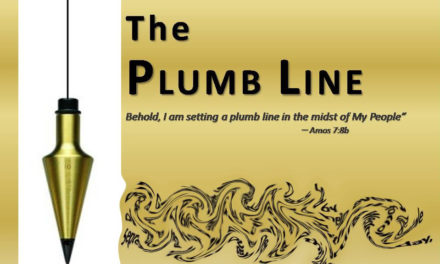 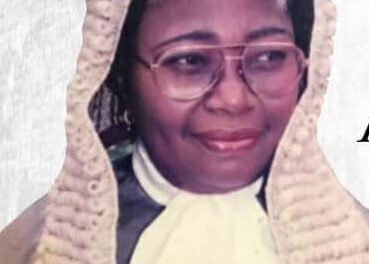 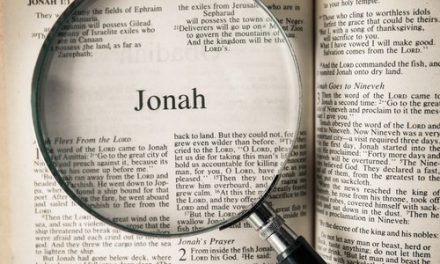