In an age and time when the laws of rulers has overtaken the rule of law, the theme for the 2019 Week of Prayer for Christian Unity 18th – 25th January, “Only Justice,” is very timely. The Christians of Indonesia with 10% of the entire nation’s 260 million population against the 86% Muslim ‘found that the words of Deuteronomy, ‘Justice, and only justice, you shall pursue…’ spoke powerfully to their situation (Deut 16:18-20). The situation in Indonesia, the largest country in South East Asia, made up of more than 17,000 islands, I,340 different ethnic groups and over 740 local languages, united by one national language Bahasa Indonesia resonates with the divisions and despair in our present democratic age.

The Indonesia’s ‘principle of gotong royong which is to live in ‘solidarity and by collaboration’ regarding all Indonesians as brothers and sisters’ is more or less becoming law of rulers above the rule of law. The challenge of gotong royong as a principle of cooperation by members of a community to achieve a common goal resonates with the principle of democracy, government of the people, by the people and for the people. The truth is that democracy and ‘gotong royong sits ill at ease with the neo-liberal approach to economics that has led to economic growth, and corruption infecting politics and business, often with devastating effects on the environment.’

In gotong royong, where those who are supposed to promote justice and protect the weak fail to do so, democracy today is ‘fuelled by outrage and disgust over what our political leaders are doing and where the country is headed. Instead of offering a detailed, well-thought out vision for the future, what we get are furious outbursts and personal put-downs.’ The consequence is that countries rich in resources bears the burden of many people living in poverty. Nationalism, particular ethnic, and corruption ‘are often associated with wealth in ways that have fed tensions.’ Democracy and gotong royong are therefore increasingly developing as government and cooperation of the people, by the people for the few elites.

Justice beyond a ‘philosophical concept of rightness or correctness in Ethics,’ is also ‘concerned with both the prescriptive nature of what is just, that is, what should be done, and the response to actions that go against what is just …’ Using the words of Plato, justice beyond a ‘human virtue’ that makes a person self-consistent and good is about doing God’s will in God’s way.

Justice in the context of just behaviour or treatment is about finding and discovering common vision and common good for our common present and future in the fear of God. The fear of God is not just the beginning of wisdom, it is the gateway to justice. Justice as one of God’s attributes flows out of God’s holiness. In order to understand God’s justice we must first understand sin as lawlessness and iniquity (1Jn 3:4, James 3:6). Sin embodies everything contrary to God’s holy nature and Word. Indeed, death is the justice for sin except one repent.

The theme for 2019 Week of Prayer for Christian Unity based on Deuteronomy 16 is about God’s instructions to the Israelites to appoint judges who were also in the category of leaders who will fear God and observe his laws. The judges appointed were to administer justice fairly and impartially. The reflection is that the only way for the judges or any leader to make wise decisions was to write out God’s laws and read them daily. The strength of the judges were not to be in wealth or political alliances, but in God’s Word, an anchor in stormy times. Leaders and judges will always face the temptation to abuse their power for personal gain, which is contrary to God’s will (Deut 16:18-20).

Justice makes life possible in our complex, divided and civilised society, however a just society is not just by a ‘human virtue,’ that makes a person self-consistent and good. A just society can only be achieved by obeying God’s Word and listening to His counsel and His ways. Despite all the laws and justice that shapes our democracy and gotong royong in Indonesia, ‘we can’t have just laws and justice as long as God’s laws are ignored or hated as they are today.’ Obeying God’s laws gives us and society the stability to endure even the most difficult of trials, shot-down, corruption and political turmoils. To obey God’s law is to stop taking bribes to give unfair decisions because ‘bribes keep people who are wise from seeing the truth and turn honest people into liars.’

The theme of the 2019 Week of Prayer for Christian Unity, “Only Justice” calls for a change of our leadership and followership orientation just as ‘when company profits or sales are down, ideas are shared about how to change course. The 2019 Week of Christian Prayer calls for fresh missional mutual engagement and repentance not only in Indonesia but all over the world especially among the followers of Jesus Christ. Death rate – spiritually and physically are on the increase because of sin and partiality in the dispense of justice (Deut 16:20). Using the words of Prophet Isaiah, let us pray and ask God to open, “Heavens above, rain down justice; let the clouds pour it sown. Let the earth open, so that salvation springs up, and justice sprouts with it” (Is 45:8). 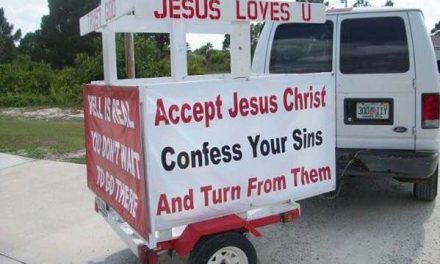 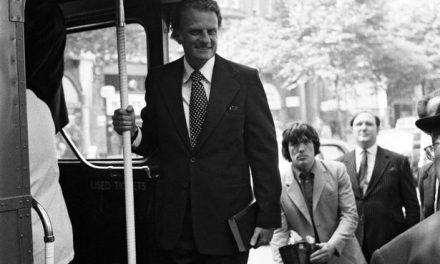 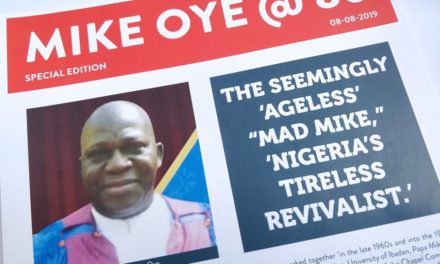