NIGERIA @60: Tyranny of Kleptocrats’ Exclusive Institutions and usage of Youth as Footnote. 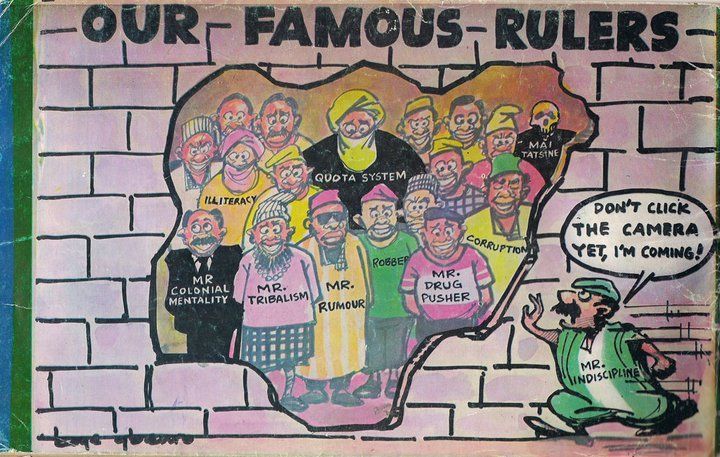 Nigeria was the creation of European ambitions and rivalries because ‘its people had their own ancient history before the arrival of the Colonisers.’ According to a publication ‘The Struggle for One Nigeria’ published by the Federal Ministry of Information, Lagos, in 1967, Nigeria, ‘this newly created country contained, not just a multiplicity of … tribes, but a number of great kingdoms which had evolved complex systems of government, independent of contact with Europe.’ According to the publication, ‘The British tried to weld together these kingdoms and territories with such diversity of languages and cultures at such different stages of civilization.’ The British ruled Nigeria for almost sixty years, precisely from Monday 1st January, 1900, when the administration of Nigeria was formally taken over by the British Government. Under the colonial rule, Nigeria went through different stages of divide and rule administration. It is on record that ‘the Colony and Protectorate of Lagos first became part of Southern Nigeria. A Protectorate was established over Northern Nigeria. The Protectorates were then merged with Lagos into the Colony and Protectorate of Nigeria.’ Later, a regional pattern of government was introduced, and the Northern, Eastern and Western Regions were established and followed with the introduction of Regional Legislature and Regional Government. While self government was granted to the Regions in the fifties, the ‘independence Constitution was introduced in 1960 and the Federation of Nigeria became an independent and sovereign state on 1st October, 1960.’ Nigeria at 60 is about a nation with a forced-inclusive independence comprising exclusive regions and political elites.

The years of British occupation and indirect rule was shaped by a wide political, educational, and economic gaps and exclusiveness between Nigerians. The different regional governments adopted very different ways, approaches and understanding of organising their economies, educations, and politics. For example, during the British occupation, ‘Nigeria did not produce one nationalist movement in the classic sense, as was the case in India and Ghana,’ as examples of two former British colonial territories. Unfortunately, Nigeria produced three nationalist movements in relation to the three major tribal groupings and based on the divide and rule British administration. Sadly, the struggle for Nigeria Independence took the shape of compromise because the major political parties grew out of the three movements and political developments. The political parties, regionally entrenched were also different in their outlook and programmes. The quest for independence was the only common factor devoid of common institutions hence, many vital problems were left unsolved till date. Nigeria independence suggests a human body joined together without skeleton.

Nigeria independence under the watch of the British administration was governed by a divide and rule political and market economies. Leadership and economy were curtailed not only in government but also in the sphere of military development and training except for those who happened to be part of the very small exclusive ruling chiefs and elites around the colonisers. It is not surprising that the indigenous political and economic fortunes of the three regions diverged sharply till date, hence, there was no inclusive institutions needed for the economic prosperity of the nation.

Nigeria’s independence of compromise was a political and economic disaster that promoted greed and politics of ‘do or die’ because of what to gain and not service to the people. Politics in this context is the ‘process by which a society chooses the rules that will govern it.’ Daron Acemoglu and James Robinson in their book, ‘Why Nations Fail: The Origins of Power, Prosperity, and Poverty, explained that, institutions are the structures and rules that influences how the economy and politics works. Sadly, the pre and post Nigeria independence political and economic institutions were built around individual personalities hence, the unending political and economic gaps and exclusion. On a positive note, the British administration left an administrative tradition and pioneers for operational efficiency and value orientation but the exclusive economic and political institutions left many poor, without entrepreneurial initiative, creativity, or adequate education to prepare people for skilled work. The natural economic advantages with its agricultural and mineral wealth and other potentialities remains untapped for the exclusive broad cross-section of Nigerians. The institutional conflicts promotes exclusive group who wins out in the game of politics, obtain more resources, get more richer and form more exclusive alliance for the distribution of political power in the society, hence there is no party ideology in Nigeria.

Nigeria at 60 is about spiritual exclusivity with the emergence of different denominations and hierarchical titles, cathedrals, camp grounds and private exclusive schools accompanied with leaders with exclusive privileges, cars, mansions and outfits all in the name of serving the Lord. Nigeria at 60 is about, the African largest producer of oil, without a working refinery. Nigeria at 60 is about a country with lots of oil but little electricity is not at its best for some time except to the exclusive class of people who continue to multiply their possessions, but reducing the values of the masses, especially the youth. Nigeria at 60 is about political, economic and spiritual elites who have learned how to make a living, but not a life. They have ‘added years to life not life to the years … have more degrees but less sense, more knowledge but less judgment, more experts yet more problems, more medicine but less wellness.’ It is sad that, the political, spiritual, and economic institutions in Nigeria are ‘designed to extract incomes and wealth from one subset of society to benefit a different subset.’ Exclusive Nigeria institutions create and promote exclusive markets, politics and religion. Democracy in Nigeria is not about party ideology but for self interest. The failure of the Nigeria political institutions to induce the government to build, finance, and support schools and the wishes of parents and children put the masses at the mercy of the exclusive private schools and universities.

Nigeria at 60 is about forward to the past values of honesty. No magic can put Nigeria right and no leader or political party has the answer because they are the main problem especially today. According to the publication, ‘The Struggle for One Nigeria,’ the exclusive struggle for independence was with many vital problems left unresolved. For example, there is an outstanding problem on the creation of more states which would have provided a more lasting mass and grass roots foundation for stability of the Federation of Nigeria. Despite the divide and rule warning by the British Government that ‘if new states were to be created, the new states must be given at least two years to settle down before independence could be granted,’ Nigerian exclusive political elites were in hurry.

Post-Independence Nigeria was plagued with deep-seated imbalance and cracks in its political and economic structure ‘stemming from the inequality of its component units which seemed to place one of the regions in a dominant position in the Federation. Secondly, the Nigerian Constitution at independence in 1960 failed to recognise ‘the strong desires of minorities and other communities for self-determination’ which ‘affected the balance of power at the Centre.’ Numerous post-independence agitations including the census disputes, the disputed December, 1964 Federal Election culminated into a violent change on 15th January, 1966 when the civilian administration was removed from office. The mutiny that started at the Army Barracks in Abeokuta on the morning of July 29, 1966 led to disorder not only in the Army but in the general public. On 1st August, 1966, General Yakubu Gowon (the Lt. Col) succeeded Major- General Aguiyi-Ironsi as Head of the Federal Military Government.

Using the words of Victor Okechukwu Anyaegbuna, Nigerian woes are the few “Kleptocrats … our real enemies and shameless oppressors – GOVERNORS, EX-GOVERNORS, SENATORS, REPS … currently receiving pensions from government as ex-governors and deputy governors … equivalent to the salaries of the incumbent. The package also includes a new official car and a utility vehicle every four years; one personal aide; a cook, chauffeurs and security guards for the governor at a sum not exceeding N5 million per month and N2.5 million for his deputy governor … A senator pockets approximately 30 million naira monthly as salary and allowances.” Is Nigeria at 60 an opportunity, ‘to make laws that could restructure our country into economically autonomous federating States/Regions to save the country from sectional agitations that is threatening to destroy Nigeria’? Nigeria at 60 summons Nigerians especially the youth who  ‘are busy arguing based on party, ethnic and affiliations while these enemies of state continue to rape us,’ to arise and stop being used as footnote. With the present 220 million population and as we look forward to a billion population in the next 48 years, Nigeria at 60 calls us to inclusive political and economic institutions to enhance some engines of prosperity in technology and education.

Nigeria at 60 invite us to ask ourselves what it costs tax payers yearly to maintain each member of our National Assembly in a country where nothing works & 80% of population earn below 300 Naira a day.’ Nigeria exclusive political institution is where ‘a working day earning of a senator is more than a yearly income of a doctor; it’s more than the salary of 42 Army generals or 48 professors or 70 commissioners of police or more than twice the pay of the US President or 9 times the salary of US congressmen.’ Nigeria at 60 is about forward to the past values of true regional democracy and a call for a stop to kleptocracy, a government where officials are politically and economically corrupt and financially self-interested.

Yemi Oke, in his open letter on the Academic Staff Union of Nigerian Universities (ASUU), and the Federal Government on the challenge of decent salary for university lecturer explained that ‘most academic staff have been saddened, worried and depressed. We’re privy to what our colleagues are experiencing in terms of poverty.’ According to him, ‘a country that deserves and values its continued existence and growth would know that it takes good, sound and quality educational training of doctors to man its teaching hospitals, lawyers to become sound and incorruptible Judges to dispense justice, Engineers to build its flyovers and bridges, Scientists to discover the ‘next world’ to get to the promised land. A country that prices its University teachers and education with ‘poverty mindset’ surely never gets there, and shall continue to wallow in ignominy.’ Nigeria at 60 points us to an average Nigeria university teacher and others who are sick and tired, millions of Nigeria without necessary social amenities, and many living in abject poverty in the midst of plenty. ARISE AND BE PART OF THE CHANGE, NIGERIA @ 60. 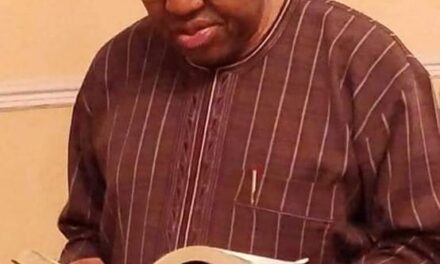 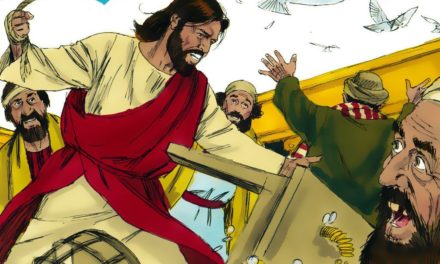 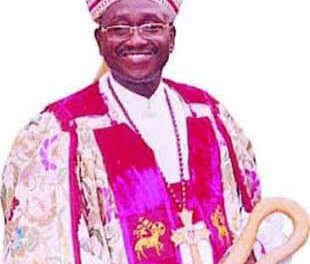 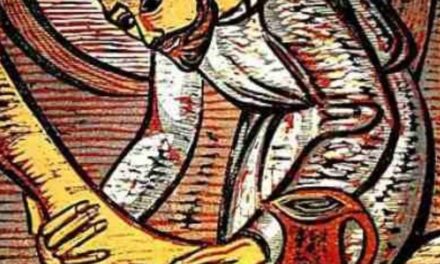 Unwashed Feet in the Church: If (Christ does) not wash you, you have no share with (Him).