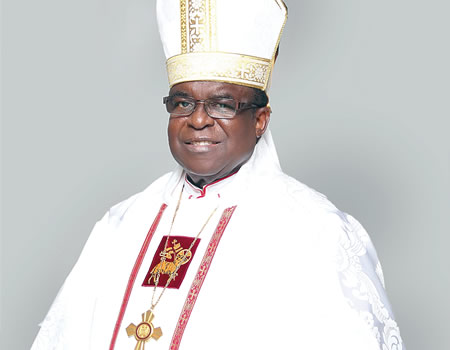 The retirement of His Grace, Most Rev Michael Kehinde Stephen, Methodist Archbishop of Ibadan and a former Secretary of Conference, Methodist Church Nigeria will mark the end of an era – an era that has been significant in Methodist episcopacy and ecumenical communities. Archbishop Stephen, a figure of ecumenical importance provides in huge abundance into Nigerian Methodist episcopacy a needed legacy, a touch of humanising, a touch of deflating, and a touch of the scent of reality. It is a special opportunity to honour, thank, pay tribute, and say farewell to an ecumenical archbishop and a father, Most Rev Michael Kehinde Stephen, ahead of his retirement at the end of this month. I will also like to pay tributes to his wife, mum Iyabo Stephen, nee Fowode and their children and grandchildren, for the support they had given him as priest, bishop and archbishop.

Archbishop Stephen was born in Afon, Ilorin in the present Kwara State of Nigeria. He earned his Master’s degree in Theology and Theological Studies at Emory University, Chandler School of Theology in 1980. He was a former principal, Methodist Theological Institute, Sagamu, before the Conference of Methodist Church Nigeria elected him as the pioneer Bishop of the Diocese of Remo where he served from 1991-1996, after which he was appointed Secretary of Secretary, Methodist Church Nigeria, a position he held for ten years (1996-2006). I served under him as the Conference Editor until 2000 when I was posted to the Chapel of Christ the Light, Lagos State Secretariat, Alausa, Ikeja. I have learnt so much under Archbishop Stephen, a coach with a difference, a workaholic and energetic mentor who always strives for flawlessness and setting high performance standard, accompanied by critical self-evaluations.

On assumption of office in 2006 as Archbishop of Ibadan, Archbishop Stephen was also Chair of the Christian Council of Nigeria (CCN), South West Zone, Executive Director of Churches in Action for Peace and Development and he provides leadership for the Project for Christian Muslim Relations in Africa. Archbishop Stephen has been involved in the World Methodist Council since 1986 and serves as a Trustee for the Old Epworth Rectory, United Kingdom, and Interim Chair of the Africa Methodist Council (AMC).

After 12 years as the Archbishop of Ibadan out of his 48 years in the Methodist ministry from a humble beginning in 1971, Archbishop Stephen is full of gratitude to God with a sense of personal peace. Leaving the ministry earlier before reaching the official Methodist Church Nigeria age for retirement, Archbishop Stephen’s expectation who will be 70 on April 8, 2019 is to ‘allow for good arrangement as regards who will succeed the office.’ According to him, ‘I don’t necessarily have to be in office to disengage properly. I just feel that God has been good and if I leave at this time, I’ll still be there to help the church. I think succession should not be difficult. This doesn’t affect international obligations; I have obligations in the African Methodist Council, the World Methodist Council, among others, so these things go on.’ To the glory of God, Most Rev Olumuyiwa Odejayi succeeded Archbishop Stephen.

While in Methodist Theological Institute, Sagamu as the Rector and later as the pioneer diocesan bishop of Remo, Archbishop Stephen took the hearts of the Institute and the diocese in a very big way. Many of his students and ministers who worked with him at Sagamu are now bishops and archbishops. The Bishop’s Council and Methodist Ministerial and Representative Sessions are going to miss his profound attention to details, his passion for what he does, his good humour, his kindness, his pastoral, and oratory skills.

In continuation of Archbishop Amos Omodunbi’s legacy as Secretary of Conference, as his successor, Archbishop Stephen brought in a renewing dynamism and radical review and evaluation of the life of the ministry and episcopacy in Nigerian Methodism. The vision was to enable the gifts of pastoral care and lay ministry be released for the whole church. Archbishop Stephen led the Methodist Headquarters administration and management with Very Rev Kayode Cadmus and Mr Ogunsiji under the leadership of His Eminence Sunday Mbang at a time when radical changes in the church and society have caused us to examine some of our own disciplines, some of our own opinions, fractured theology, and some of our own practices.

Archbishop Stephen is not only entering a rich deserved retirement, he is positioned to be a foremost Nigerian ‘Ecumenical Envoy.’ For the past 48 years in the Methodist ministry and married to a gifted amazon, daughter of Archbishop Fowode, Archbishop Stephen as a liturgist and an encyclopedia of Methodist hymns have demonstrated his recourse to Scripture, Tradition, and Reason. He examines the tradition of the scripture, and ‘the tradition of the life of God’s people, the way in which religion is to be applied to these things, and then issued a challenge that this can mean changing.’ Archbishop Stephen’s approach and legacy in ministry and singing often encourages change and take people to a position where “even if we are not ready to embrace change, at least we start to consider change.” His voices on environment pollution like in the case of Ogoni Land and Shell Petroleum and other ecumenical issues are heard clearly in the public of Nigeria and ecumenical bodies. Like any other human leader, Archbishop Stephen could be misunderstood and be attack “from the veil of anonymity,” the truth is that, his legacy cannot be easily forgotten.

On the state of division and corruption in Nigeria, Archbishop Stephen “want to see Nigeria remain as one, but today there is apprehension and anxiety among people who fear that calls for geographical division may intensify … It is essential that people of faith work together to instil mutual trust among our communities.” In 1993, Archbishop Stephen gave a keynote address at the Methodist conference in Abeokuta. Prophetically, he said, “If we didn’t do something about corruption, corruption will kill Nigeria and that is what we are experiencing gradually.” As at 1993, generally speaking, Nigeria was still good. On the present state of corruption and greed in Nigeria, Archbishop Stephen said, “I think the greatest insult to Nigerians is the Peoples Democratic Party (PDP), when they start to talk about the fact that they want to return to power. The apology means nothing. When Jesus said to Zacchaeus ‘salvation has come,’ Zacchaeus said he would give half of his belongings to the poor. Let the PDP return the loot; they have deprived Nigerians. What I expected to hear was that they wouldn’t seek power for another 10 years for them to show to Nigerians that they are truly repentant. I think the fight against corruption must go on, in the church, anywhere. Let us all know and swallow the shame as a people. Let the searchlight beam everywhere. God intends for us to be better people, that’s why we must strive to pursue peace and holiness, otherwise, there is no future. The fight against corruption is a war that we must win to keep Nigeria.”

On church divisions in Nigeria, Archbishop Stephen explained that “… our churches have not developed a unified plan beyond dialogue. And it is an open question whether the government can re-establish confidence and inspire national unity. There is a sense that we are being caught up in the sort of divisions that led to the tragedy of our civil war in the late 1960s.”

On the international scene, Archbishop Stephen addressed the Second Special Assembly for Africa of the Synod of Bishops in 2009 with the theme “The Church in Africa in Service to Reconciliation, Justice and Peace.” The archbishop who served as moderator of an international Christian panel that prepared a report on ecumenism in the 21st century presented at the 10th Assembly of the World Council of Churches in 2013 is very passionate about justice and peace. Archbishop Stephen, as the Moderator of the Continuation Committee on Ecumenism in the 21st century composed of representatives of different constituencies has as its responsibility the task of articulating more clearly the common vision of the Church toward unity and to ensure greater coherence of the ecumenical movement in response to the changing global realities.

The Committee members are churches of the World Council of Churches, the Roman Catholic Church, Pentecostal Churches, and ecumenical youth organisations, regional ecumenical organisations, and Christian world communions, national council of churches, specialised ministries, international ecumenical organisations and ecumenical renewal communities. The hope of the Committee is to deepening theological reflections on vision and values and develop concrete recommendations for action by churches and ecumenical partners. On the issues of Reconciliation, Justice and Peace, Archbishop Stephen hope to see the Church as a living united body in service to all humanity and the entire creation. This hope and other issues are highlighted in the document “instrumentum laboris” captures in a comprehensive way most of the challenges facing the Church in Africa today.

Based on his episcopal and working experience in the global ecumenical communities, Archbishop Stephen’s suggestion in the long term appointment of an “ecumenical envoy” by international Christian bodies is long overdue. The reflection is that, ecumenical movement has missional potentials for nation-building just as it happened in the build-up to independence for Southern Sudan. Through the “ecumenical envoy” ecumenical organisations in Africa and around the world with focus on the task of helping to build a new nation successfully brokered a historic and peaceful referendum under the watchful eagle eyes of over 350 church observers in creating “the miracle” of southern Sudanese independence on July 9th 2011.

The Rev. Samuel Kobia, a Kenyan Methodist, a former general secretary of the WCC and the Special Ecumenical Envoy to Sudan worked with the Sudan Ecumenical Forum (SEF) — created in 1995 in the midst of the second civil war — the All Africa Council of Churches (AACC), the Sudan Council of Churches. Today, the churches and the global ecumenical communities have a critical role to play for the foreseeable global united missional future hence the need to understand the important role of the church in making these changes possible in the midst of our global and denominational divisions. When the church accompanied the Sudanese, the referendum happened. In Nigeria today, in the midst of our political, economic and spiritual chaos, “the journey is still long” and continuing efforts by the ecumenical communities are much needed. Archbishop Stephen, though retired but not tired is well equipped as our “ecumenical envoy” to ‘relate to churches through such national inter-church organisations’ as the CAN, NIREC, and the CCN in order to equip and mobilise our “communities for the sake of peace.”

“Thy Kingdom Come” – A Call to Sanctification Process/God’s nature 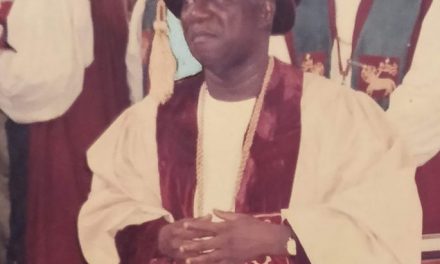 ‘ORDER OF CHARITY’ – Legacy of Sir Hassan Odukale at 90 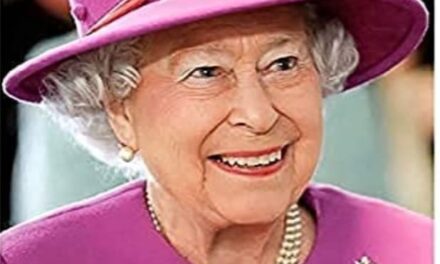