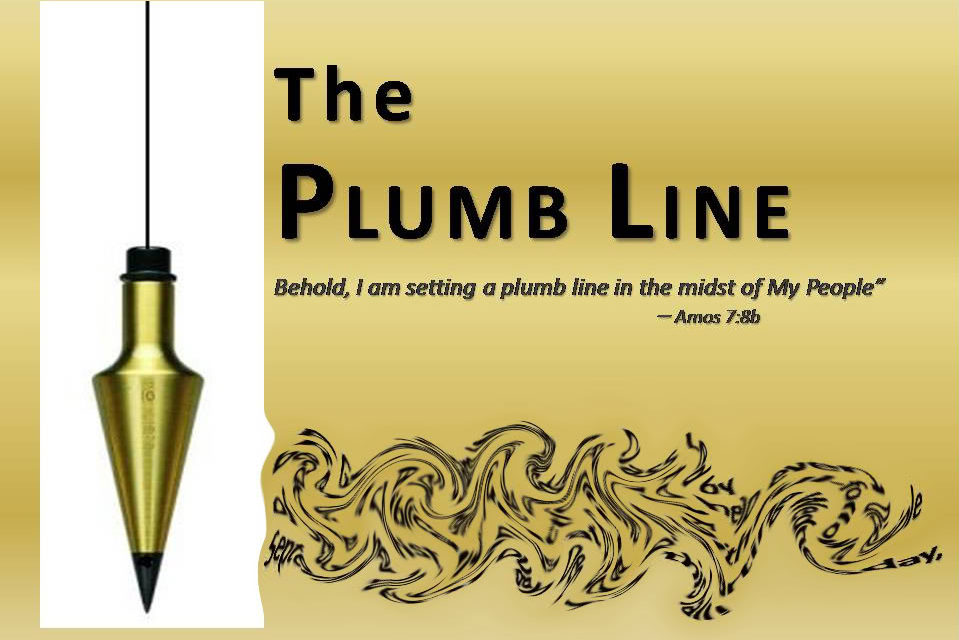 The Old Testament reading from the book of Amos provides us a reflection between ministry as a vocation and ministry as an occupation. Amos from a background of pastoral and agricultural life was ‘super sensitive’ ‘on one hand to the glory and majesty of God’s transcendent holiness, and on the other to the inhuman sinfulness of man.’ Amos’s ministry as a vocation showed a marked contrast with Amaziah’s high priest maintenance ministry as an occupation (Amos 7:14). Amos’s vocation ‘is much more uncomfortable and dangerous: to “Go, prophesy to my people Israel,” and this is in contrast to his background as “a herdsman and a dresser of sycamore trees.”

We also read in the gospel about the parable of the Good Samaritan and how Jesus commanded a lawyer to ‘Go and do likewise,’ In the Good Samaritan story, the injured man represents a suffering people, half dead – dead in trespasses, injured and victimized by sin, stranded spiritually and economically, we who fell among the spiritual and political robbers. Beloved, sin and Satan ‘are as robbers, that steal, kill, and destroy; since these have robbed man of his honour, defaced the image of God in him, and deprived him of the glory of God.’ The “certain man” represents mankind failing in Adam, from a state of happiness into misery, homeless, stripped of human dignity and respect, lost original righteousness, wounded spiritually, mentally, and emotionally, and half dead.

The priest and Levite represent religious leaders, indifferent to the injury, loss of human original righteousness, and half deadness of the people. The priest and Levite like Amaziah are ‘people who engage in devout observances as occupation’ just to keep the system running. The Good Samaritan represents what a truly religious person is, ‘a person who does what God wants, not simply one who has an office of some sort in a religious institution.’ In the book of Amos, while Amaziah with his hypocrisy engage in devout observance as a occupation, Amos, meaning a burden bearer carried the heavy burden of God’s message to Israel. In the context of the New Testament reading, we see the tension between different impulses of the Good Samaritan, the Levite, and the priest. In the Old Testament we see the tension between opposing impulses of Amos and Amaziah and these resonate with the tensions going on in the church and our politics today.

Amos’s visions, with no evidence of any inducement in contrast to that Amaziah’s inducement by ‘professional aids to oracular prophecy’ offer a cautionary tale for contemporary preachers. Amos lived and preached in times not dissimilar from our present time and spirituality. Amos, following after the ministry of Elijah as a reviver of true and purity of worship was compelled about the vocation of a prophet bringing the power in God’s Word to bear. Amos challenges the social, political, and religious structure of Israel for their failure to uphold righteousness and ethical responsibility in relation to the components of God’s commandment. Amos challenges empty worship that fails to promote holiness, justice and righteousness (Amos 5:18-24).

Amos chapter 7 points us to his role as intercessor in response to a series of three visions namely, ‘images of destruction: locusts devouring the newly sprouted grass and a shower of fire consuming the land.’ God measured the northern kingdom of Israel through a plumb line, a weighing and measuring guides and found the nation guilty. A plumb line is a device used to ensure the straightness of a wall. A wall that is not straight will eventually collapse. The reflection is that ‘God want people to be right with him, he wants the sin that makes us crooked removed.’ God’s Word is the plumb line that helps us be aware of our sin especially in a culture that have grown complacent, living beneath a pious veneer of religion.

God’s measurement of Israel came with judgement: “the high places of Israel shall be made desolate, and the sanctuaries of Israel shall be laid waste, and I will rise against the house of Jeroboam with a sword” (7: 8b-9). The reflection is that when ‘Amos says things that no one wished to hear 2800 years ago, things no one much wishes to hear today’ there was a gang up to silence the prophetic voice. Amaziah sends accusation against Amos to king Jeroboam (Amos 7:10-15).  The question is “why do you think Amaziah was so angry to hear Amos’s words from the Lord? Why do you think he felt they didn’t apply to him and his city?” The experience is that, the ploy of those in power like Amaziah who are threatened by Amos or anyone who questions that power is to accuse them of some vast conspiracy. Amaziah thinks of Amos as a threat, he confronts him by saying, “O seer go back to Judah, earn your bread there, prophesy there. Never again prophesy at Bethel, because it is the king’s sanctuary; it is the temple of the kingdom” (Amos 7:12-13).

Amos’ prophetic voice reminds us that God takes offence at the sins perpetrated in the sacred spaces. God cannot behold iniquity and unrighteousness through expression of doctrine that does not advance the holy nature and divine demand for righteousness. The warning is God’s love and God’s judgement is not mutually exclusive. Today, Christianity is in decline, while paganism, humanism, and atheism are on the rise because of the tensions between today’s Amoses and Amaziahs.

Amos’s vision may be disturbing but the challenge is that it prompts us to examine if our own mission and witness are in ‘plumb line’ with God’s vision of holiness and justice. Amos’s vision also disturbs Amaziah, the priest of Bethel. While Amos as a prophetic voice represent God, Amaziah as the religious official representing the king, the institution ‘grows alarmed at the suggestion that Jeroboam’s kingdom will fall, and he makes clear that Amos and his proclamations are not welcome in the sanctuary.’ To Amaziah, Amos’s visions are dangerous and a threat to Amaziah’s professional position and the institution he represented. In contrast, Amos’s call to the ministry of proclamation goes beyond a professional prophet. Amos said, “I am no prophet, nor a prophet’s son” — but a humble herdsman who was plucked from his flock at God’s calling to prophecy to Israel (vv 14-15).

Amos cannot compromise the powerful word he has received, yet Amaziah’s strategy is perhaps better for long-term employment, hence preaching at best half a gospel like the priest and Levite in the parable of the Good Samaritan. Prophesying is not for the faint of heart. Amos in the 21st century pulpits, preaching at best a full gospel speaks an uncomfortable word in the sanctuary and to the nations, compelled by a holy vision of justice and righteousness. His preaching is not met with resounding affirmation and conversion, but with suspicion, attack and fear. Amaziah (like the priest and Levite) through the lens of the parable and ‘the risk of preaching at best half a gospel ‘seeks to censor proclamation that may disturb; he promotes political equilibrium.’

Amos in the 21stcentury pulpits: The parable and ‘the risk of preaching at best half a gospel’ points us to the fact that preaching is also not for the faint of heart. Amos in the 21st century pulpits as a model of unabashed proclamation, ‘unhindered by the consequences of speaking truth to power’ requires discernment and courage. It is time for the Amaziahs in the church and political leadership to help the king, the institution to hear Amos’s warning and to know what to do to inherit eternal life.  The reflections for today’s priest and preachers like Amaziah responsible for the maintenance of the sanctuary is to listen to the prophets standing outside the sanctuary, ‘speaking their truth to provoke and to unsettle.’ Our prayer is to ask God to humble us and give us the ears to hear the voices of Amoses all around us, ‘interpret their witness, and discern the word of the Lord.’

One of the mistakes of Amaziah was that, among other things like his personal hatred for Amos, he allowed his geopolitical pride and conflicts deter him from hearing the word of the LORD from Amos. He assumed that Amos’s background or affiliation is inferior and a barrier to genuine prophecy hence, Amaziah seeks to silence Amos by distancing him. Amaziah could not tolerate prophecy spoken by Amos thereby trying to protect the status quo. It is in the silencing of the prophets like Amos that leads to the famine “of hearing the words of the Lord.” Let us pray for more Amos and Good Samaritan in our churches and politics that will bring Jesus’ power to bear, and pour in the oil of God’s undiluted Word, communicating the power of Jesus’ cross. 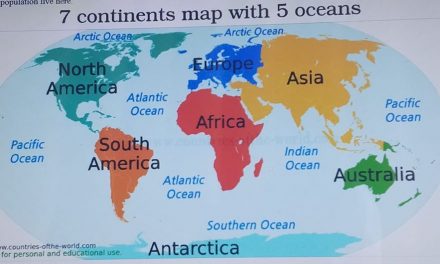 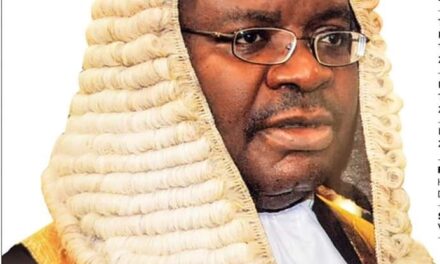 PRAYERS AND HOPES FOR THE INCOMING AND OUTGOING BRITISH PRIME MINISTERS 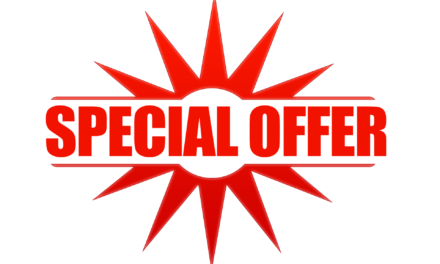